Wearing a distinctive brass fronted mitre cap, the Prussian Grenadiers are an explosive force to be reckoned with on the battlefield.

These elite guard infantry are charged with protecting the monarch and are a potent force on the battlefield.

This cavalry regiment forms part of the monarchs’ household guard. Superbly drilled, they act as a shock force on the battlefield.

Armed with heavy cavalry sabres, these disciplined cavalrymen represent the elite of the army.

The Prussian Garde Du Corp are a replacement for the Prussian standard Household cavalry. These heavy horse shock troops are best used to break enemy lines and overrun enemy positions. With a strong charge and fearsome attack, these riders make short work of those who would oppose a Prussian monarch.

The Prussian life guards are equipped similarly to line infantrymen. However their uniforms are altogether more splendid, marking them out as a superior force, in arrogance if nothing else. They do a good job as garrison troops and are dedicated to the crown.

This new Russian unit is great for assaults and their grenades pack a mighty punch!

These are a replacement for the standard Spanish Grenadiers with a distinctive bearskin hat to mark them out as exemplary on the battlefield.

These are a highly trained replacement for the standard Swedish guard. They are often used as a force in a system that defends a monarchy and can be relied upon for utter loyalty and deadly accuracy in the field. Their professionalism is reflected in their fearsome battle reputation.

The Holland Guards from the United Provinces are superior line infantry units. Carrying smoothbore muskets, they were traditionally chosen to protect the royal family and have an incredibly high morale, often making them the last troops to break in a fight.

The Scots are a Highland ex-patriate infantry used by the United Provinces, renowned for their deadly charge.

Very disciplined infantry of the United Provinces with quick reload and excellent marksmanship.

Mamelukes are fearless light horsemen, deadly when deployed against a broken or unsupported enemy.

Additionally the Spanish nation has had a new uniform design to better reflect its historical look.

Sound loading has been made asynchronous, so heavy disc access is reduced to a minimum. This makes loading times faster and reduces any instances of ’stuttering’. Unit group sounds have also been improved, for more realistic group movement. The primary sound library (Miles DLL) has been updated to stop occasional clicking. And we’ve added more sound variation for unit deaths and musket fire.

- Various optimisations have been made to AI and path systems to reduce the campaign map turn times.

- When the pirates are destroyed and re-emerge they now maintain a status of at war with all and are unable to enter into diplomatic negotiations.

- Added small ships on domestic trade routes from the trade nodes to home regions moving in the correct direction, i.e. with the flow of trade.

- The AI should now no longer repeatedly sign a diplomatic agreement and then break it the next turn. Treaties are more valuable and adhered to.

- We’ve fixed some border trade agreements allowing greater numbers of bordering factions to properly trade with one another.

- Movement arrows now reflect the range of the selected units, not the whole army/navy.

- AI will no longer counter-offer and ask for more money than the player has available.

- Fixed navies getting stuck when forced to retreat from ports (tactial retreat).

- Made emergent factions be at war with the faction they emerged against if that faction is human.

- Tactical withdrawal will now always leave armies on the landmass containing the settlement of a region.

- Fixed crash when embarking and disembarking armies at ports.

- Fixed trade ships not being correctly registered in trade nodes after splitting forces.

- Charge bonus generally increased across the board for all units and melee defence reduced.

- Redone costs for all units for multiplayer to improve game balance which better reflects the actual battlefield worth of each unit.

- Mob formation added in for Native American, irregular and some skirmisher units.

- Russian line infantry stats have been boosted to allow them to compete more with other faction’s line infantry.

- Movement speed of all unit types reduced by 10%.

- Fatigue penalty for melee reduced from 18 per tick to 10.

- Muzzle velocity of round shot for cannons increased to make them fire lower and bounce more, accuracy also increased. 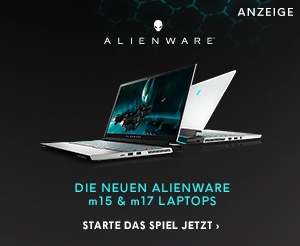